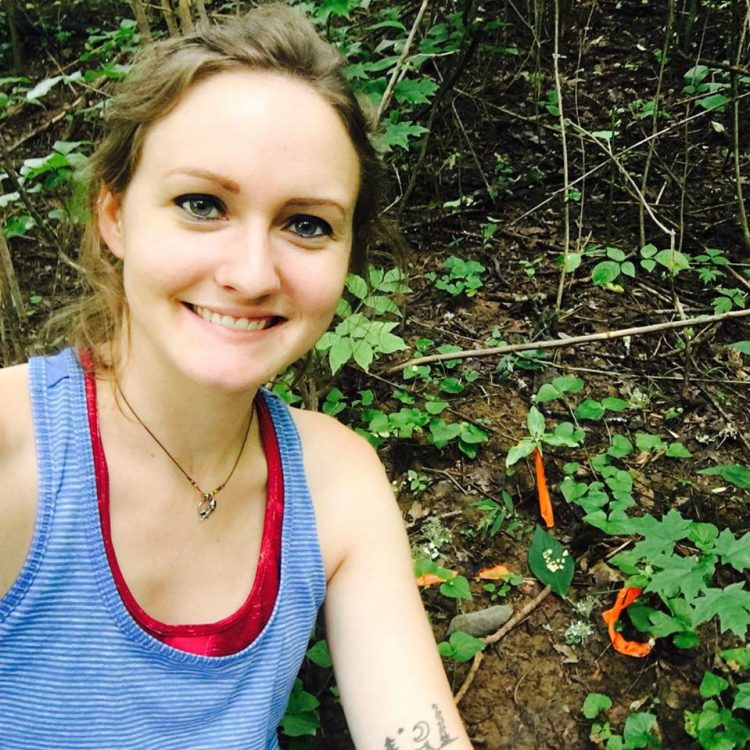 Graduated with BS in Biology from the University of Central Arkansas in 2013. Undergraduate thesis investigated the correlation between human disturbance and prevalence of endemic species in the rainforests of Northeastern Madagascar, and considered the costs and benefits of implementing ecotourism programs in that region. Currently studying myrmecochory in the Eastern US under Dr. Charlie Kwit.

I study drivers of rarity (narrow endemism) in plants of the genus Trillium using a comparative ecological framework to address whether fine-scale biotic processes differ for endemic and common, co-occurring species. Trillium are ant-seed dispersed, so I compare dispersal rates and distances in the field; ant preference in the laboratory; and seed chemistry to get at these differences. I also investigate abiotic drivers of rarity on a regional scale for Trillium using Maxent species distribution modeling.