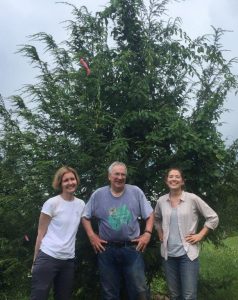 In July, a group of EEB faculty, staff, graduate and undergraduate students, family, and friends helped dig roots as part of a study of belowground communities associated with hemlock trees.  Prof. Daniel Simberloff and Christy Leppanen (EEB lecturer and postdoc), are collaborating with Melissa Cregger (Oak Ridge National Laboratory) to characterize microbial communities associated with native and non-native hemlocks.  Some of the trees are vulnerable to infestation by the hemlock woolly adelgid, but some appear to be resistant.

The hemlock woolly adelgid (Adelges tsugae or HWA) is a sap-feeding insect introduced in the 1950s from Asia to eastern North America, where it kills native eastern (Tsuga canadensis) and Carolina (T. caroliniana) hemlocks.  In Asia and in western North America, HWA feeds on, but does not kill, hemlocks that are native there.  Therefore, aspects of communities where HWA is native and trees that are apparently resistant are studied to help understand impacts and develop management approaches where HWA is introduced. 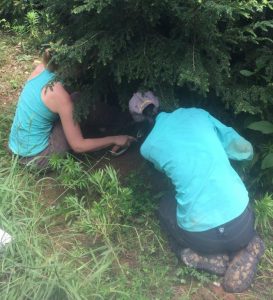 Simberloff and Leppanen traveled with a group of 14 volunteers to North Carolina State University’s Mountain Horticultural Crops Research and Extension Center, in Mills River, North Carolina, to collect roots and associated soil from native and non-native hemlocks that are vulnerable or appear resistant to HWA infestation.  From these samples, Cregger will characterize microbial communities: archaea, bacteria, and fungi associated with the different trees.  The team will then meet to discuss the results and consider implications and next steps. 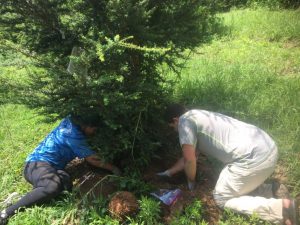 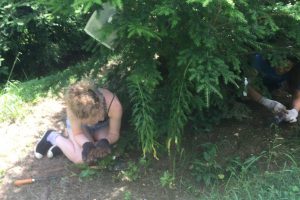 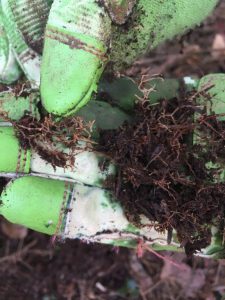 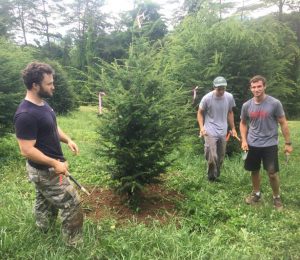 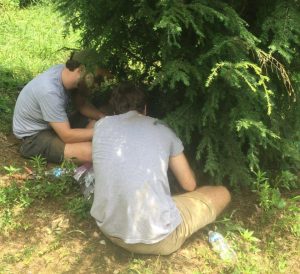