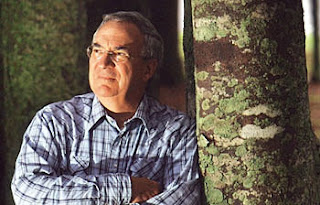 Gore Hunger Professor of Environmental Science Dan Simberloff (see also Wikipedia entry), a member of the EEB department, was recently elected to the National Academy of Sciences. According to the NAS website:

“Members are elected to the National Academy of Sciences in recognition of their distinguished and continuing achievements in original research. Membership is a widely accepted mark of excellence in science and is considered one of the highest honors that a scientist can receive.…

There are only eight other National Academy of Sciences members in Tennessee, only one of whom was elected in the past decade. Dr. Simberloff is the only current faculty member from any University of Tennessee campus in the Academy.