One of the greatest honors a faculty member can receive is for peers to recognize their contributions to the field. Two prestigious academic societies recognized two EEB professors last year. 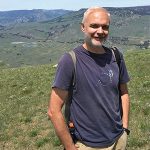 The American Academy of Arts and Sciences elected Professor Sergey Gavrilets as a Fellow. His research focuses on population genetics, adaptation, speciation, coevolution, diversification, phenotypic plasticity, and sexual conflict. Most recently, Gavrilets has researched human origins, human uniqueness, human social and cultural evolution, within- and between-group conflict, and cooperation. Election as a Fellow honors people who advance the interest, honor, dignity, and happiness of a free, independent, and virtuous people. Read More. 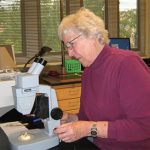 The American Academy for the Advancement of Science elected Professor Karen Hughes as a Fellow and recognized her contributions to research on biodiversity and biogeography of fungi and her contributions to the discipline. Her best-known focus is on the global distribution of fungi through DNA-based research. Hughes studies fungal population structure in the Great Smoky Mountains National Park and is currently part of a team exploring post-fire changes in the Smokies. Election as a Fellow honors people whose efforts on behalf of the advancement of science or its applications in service to society have distinguished them among their peers and colleagues. Read More.

Read more about other faculty awards and accolades in the Faculty News and Updates section.