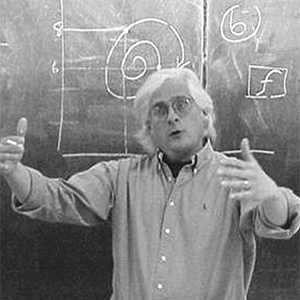 Jim Drake, who recently retired from EEB, spent his entire professional career at UT after receiving his bachelor’s degree at the University of Wisconsin and doctorate at Purdue, followed by a post-doctoral stint at Stanford. Drake began his career as an assistant professor in the Department of Zoology and the ecology graduate program beginning in 1986 and was a founding member of the EEB department when it was formed in 1992.

Drake’s interests centered on the assembly and structure of ecological communities. He helped organize the international program of the Scientific Committee on Problems of the Environment, which triggered the new field of invasion biology. Drake also edited the two highly influential books from that program: Ecology of Biological Invasions of Hawaii and North America (1986) and Biological Invasions: A Global Perspective (1989). In addition, he was editor-in-chief of the leading journal in the field, Biological Invasions, from 2003 through 2008.

Professor Drake and his students performed many experiments on community assembly in aquatic systems, particularly microcosms containing communities of microorganisms, that elucidated such questions as whether the order in which species arrive in a site helps determine which ones will persist in the community. His research on theoretical aspects of community structure and assembly is well known and includes some of the pioneering work on emergent properties of complex ecological systems and on the relationship of food web topological complexity to stability. Drake’s research on complexity and community stability, as well as on the impact of biological invasions, led him to increasing interest in conservation biology and determinants of biodiversity, which was featured in Biodiversity Dynamics: Turnover of Populations, Taxa, and Communities (1998).

Drake left a lasting imprint on EEB and on the fields of invasion biology and community ecology. The EEB students he guided are scattered among leading institutions worldwide and continue to make strong contributions in these fields.

According to a review from RateMyProfessor.com: “Professor Drake could be one of the most interesting people I have ever met. The man is awesome and a dying breed of professors. He doesn’t want you to just memorize facts. He wants you to think, to hypothesize, and to be a scientist.”