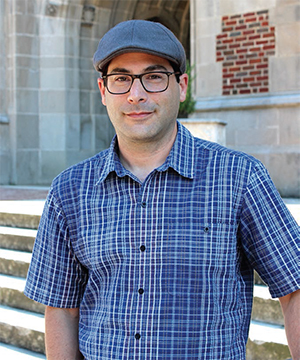 Rats. Fish. Mud. Though not readily apparent, water is the thread that ties all three together.

“Too much water. Not enough water, and just the right amount of water,” says new Associate Professor Michael Blum, referring to his work on post-disaster infectious disease, conservation of at-risk freshwater fish on oceanic islands, and coastal restoration.

Trained as an evolutionary geneticist, Blum began his academic career studying the stability and formation of butterfly hybrid zones across the Neotropics. Having a certain knack for interdisciplinary approaches, he has since pursued research that leverages ecology and evolutionary biology to improve urban and coastal sustainability.

“As a society, we struggle to live with water,” Blum says. “It’s a fight we won’t win.”

Though it may sound like a simple premise, living with water is a challenge for the vast majority of the world’s population. Blum regularly works across the aisle – with engineers, resource managers, community organizers, lawyers, historians, social scientists, artists, among others – to rethink how society views and manages water.

Blum’s work in response to the 2010 Deepwater Horizon oil spill is well known, but his work on rats in New Orleans often garners greater public interest.

“Rats are fascinating, and everyone has a rat story,” says Blum, who is leading a team that is undertaking what is arguably the most extensive scientific study of urban rodents ever attempted. “We fondly refer to it as our ‘rat project,’ but it is much more than that.” 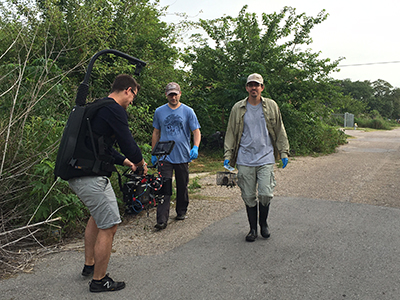 Blum’s team is investigating how decision-making during responses to catastrophic disasters like Hurricane Katrina can ripple forward to shape human well-being decades afterwards. Aside from trapping rodents, Blum’s team is inventorying the pathogens carried by rodents, characterizing land use and plant community structure, and surveying risk perception throughout New Orleans. Tying it all together, Blum is now working with colleagues to develop modeling tools to improve disaster response and post-disaster decision-making.

“I’m incredibly excited to be joining EEB,” Blum says. “The department is an exceptional community of scholars with a demonstrated global impact. There are amazing opportunities for collaboration.”

With the disciplinary breadth and reach of the department, Blum looks forward to seeing where conversations about rats (and fish and mud) will lead.