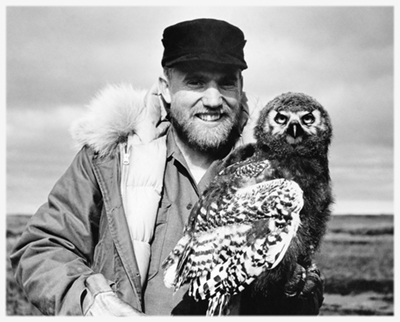 He was born in Clarksville, Tennessee, to Julia (Wilee) and Alfred Bernhard Clebsch, an immigrant from Bremen, Germany. Edward Clebsch, professor emeritus, spent most of his life living in Tennessee: Clarksville, Knoxville, Greenback, Norris, and Oak Ridge.

His father instilled in him a deep love of the natural world and music. Memories of his fun-loving mother’s cooking inspired him to become a consummate bread baker. Ed was always happy to share a loaf with friends.

At 14, Ed knew he wanted to be a botanist. He earned his bachelor’s and master’s degrees in botany at the University of Tennessee, Knoxville. His received his PhD from Duke University with a dissertation on Tristetum spicatum in far northern Alaska.

Ed joined UT as a botany professor in 1963 and played a leadership role in developing the UT program in ecological sciences. His research took him to many places, including Alaska, Montana, Idaho, and Great Smoky Mountains National Park.

As a gifted professor and lifelong ponderer of the wonders of the world, Ed influenced many lives: his love of plants, innate understanding of ecology, outdoor skills, and great sense of humor motivated many students to pursue careers in the natural sciences. He advised 32 master’s students and 17 doctoral students, as well as postdoctoral fellows, in the ecology of tundra, catfish, earthworms, biogeochemistry, biogeography, and plant populations.

He co-wrote and supervised more than 100 scientific publications (40 as primary author), theses, and dissertations. Participating and belonging to more than 60 organizations and committees during his 90 years, he was instrumental in the creation of many lasting endeavors, including the Spring Wildflower Pilgrimage, the UT Arboretum, Smoky Mountains Field School, and Tennessee Citizens for Wilderness Planning.

Ed was sought after as a presenter and field trip leader outside of academia. He received the Community Outreach Service Award in the College of Liberal Arts of the University of Tennessee in 1990 for his public service.

On the river, up a mountain, and around the campfire, Ed transferred his curiosity and excitement to his students, earning him the Meritorious Teaching Award of the Association of Southeastern Biologists in 1998. Other career awards included the Tom Dodd, Jr. Native Plantsman Award in 2002 for conservation and horticulture of native plants.

Being a lifelong voracious reader, he belonged to a book club in Oak Ridge known for its lively discussions, good food, and deep friendships.

Edward E. C. Clebsch will be missed and has left a legacy of love and laughter. He leaves three children, Liese Clebsch Dean (Idaho), Julia Clebsch (West Virginia), Hans Clebsch (Ohio), their spouses, and his two grandchildren, Luis C. Clebsch and Cooper D. Dean. He was preceded in death by his two older brothers Alfred and William Clebsch.

Following in the footsteps of his passions, his daughters worked for the US Forest Service and the National Park Service, and his son plays French Horn with the Cleveland Orchestra.

There will be no memorial service, but following Ed’s wishes, a celebration of his life is in the planning.

In lieu of flowers, the family requests that donations be made in his memory to Tennessee Citizens for Wilderness Planning, TCWP, P. O. Box 6873, Oak Ridge, Tennessee 37830.