The University of Tennessee is nestled in an important global biodiversity hotspot. The Great Smoky Mountains National Park (GSMNP) is the most biodiverse park in the National Park system, named a UNESCO World Heritage Site, and an International Biosphere Reserve. Scientists in the UT Department of Ecology and Evolutionary Biology (EEB) and others have helped document more than 19,000 species in the park and think there could be an additional 80,000 to 100,000 species within the GSMNP. Many consider this region a naturalist’s paradise. Those of us in the EEB community agree and feel fortunate to be able to conduct research in the park. 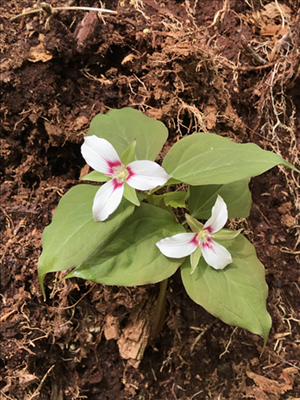 This regional biodiversity also faces local challenges such as increased urbanization and population density, fires, and global challenges such as climate change. Understanding and conserving the ecosystems and their functions are critical to safeguarding the many life sustaining and enhancing benefits people in the region derive from nature. For example, GSMNP is the most visited national park in the US, bringing more than $950 million in visitor spending in 2019 that supported 13,737 jobs in the local area, but overuse is a park management concern. Likewise, the mighty Tennessee River provides water to five million people and is home to more than 250 species of native fishes. East Tennessee is becoming increasingly important as a significant carbon sink because of its intensively managed, highly productive forests.

The rich local biodiversity and the expertise at UT and UT Institute of Agriculture puts our university at the forefront of the both studying biodiversity and helping address the biodiversity crisis. With the Smokies at our own backdoor, UT is uniquely positioned to be the leader on the science of biodiversity and conservation in the Eastern United States.

The emerging Tennessee Center for Biodiversity and Conservation (TCBC) is being spearheaded by a group of faculty in EEB, but includes more than 89 faculty and researchers across campus. TCBC will serve as a hub of expertise to train students and to generate, synthesize, organize, and analyze biodiversity data in ways that will not only conserve biodiversity, but also benefit our partner organizations and the people of East Tennessee.

“Our department at UT is already ranked among the top 10 percent of all ecology programs at public or private institutions in North America” said Susan Kalisz, professor and head of the Department of Ecology and Evolutionary Biology. “Recognizing this strength, we have partnered with other departments across UT/UTIA and made further investments into EEB faculty and infrastructure to position TCBC to achieve a leadership role in the nation.”

Federal and state government agencies, nongovernmental organizations, and other institutions such as museums, herbaria, and natural history collections maintain data that serve as the foundation of our biodiversity knowledge in Tennessee. One goal of the new TCBC will be to help unify existing strengths across campus with current efforts across the state through data analyses and modeling.

“The scope of biodiversity and conservation science questions means that an interdisciplinary approach is required to elevate UT as a national leader in biodiversity research,” Kalisz said. “Through our coalition of partnerships, we aim to advance community-engaged research centering on biodiversity data integration with field studies and remote sensing of environment to foster evidence-based biodiversity conservation.”

TCBC is still in its infancy, but when realized, it will act as the fulcrum for the rich expertise in biodiversity and conservation at the University of Tennessee and position our students and faculty at the forefront of conservation, exploring a variety of biodiversity topics from microbes and organisms to species and ecosystems.