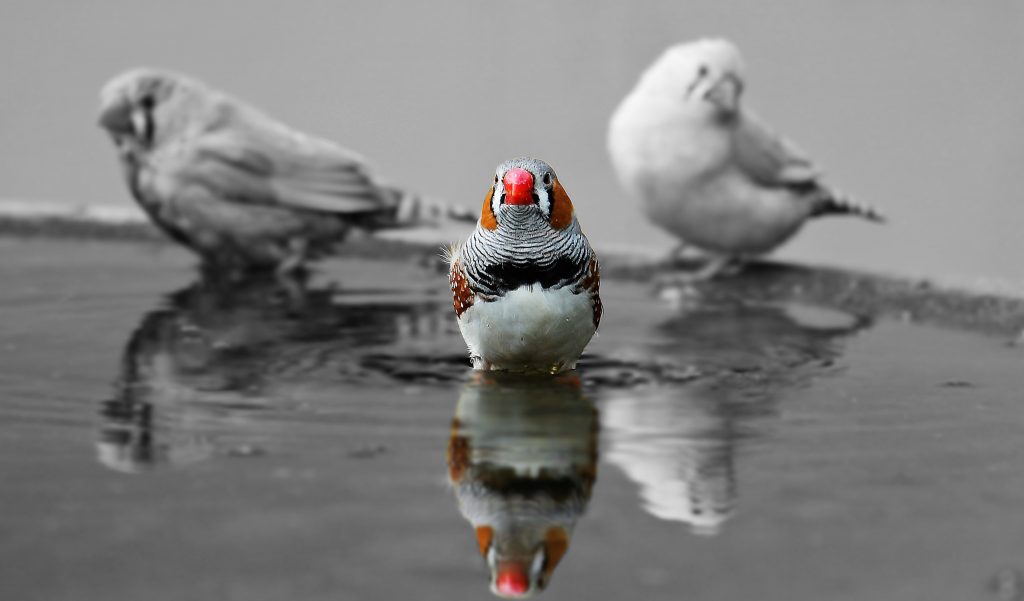 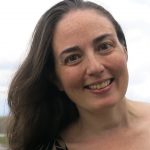 Understanding how birds respond to climate change is a critical area of research that Elizabeth Derryberry, associate professor in the UT Department of Ecology and Evolutionary Biology, and her colleagues are racing to understand, including the increased prevalence and intensity of heat waves. In a new study published online in Molecular Ecology, the researchers examined how heat impacts the behavior and physiology of Zebra finches. 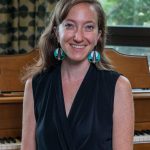 “Most of what we know about the behavioral and physiological effects of heat comes from aquatic organisms or terrestrial cold-blooded animals, but heat waves could be a real problem for terrestrial birds and mammals too, especially if heat interferes with critical components of their reproductive behavior and physiology,” said Sara Lipshutz, assistant professor at Loyola University Chicago, former graduate student at UT, and first author on the publication. “We wanted to understand how that happens as a first step towards understanding how to manage these problems.”

Heat waves can be lethal for warm-blooded animals, but behavioral and physiological effects are missing from recent high-profile studies on climate change. The researchers wanted to know about sub-lethal effects of heat that do not kill animals, but still might impact their ability to adapt and thrive as the climate changes.

Lipshutz and colleagues exposed zebra finches to a four-hour heat challenge, similar to what wild birds might experience during the afternoon heat on a summer day. Zebra finches were selected for the study because these songbirds experience extreme temperature fluctuations in their native Australia. 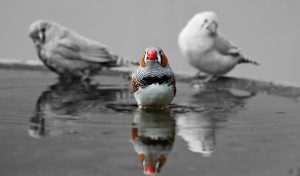 The team measured heat effects on thermoregulatory behavior and looked specifically at how heat changed gene activity in tissues that are critical to reproduction – the testis that control fertility and a part of the brain that regulates singing, which is an essential mate-attraction behavior in birds. They discovered that heat altered the activity of hundreds of genes in the testis, but fewer in the brain, suggesting that the brain may be less responsive to extreme temperatures.

“At the same time, we found evidence that dopamine-related signaling was affected in the brain, meaning that even sub-lethal heat may change a bird’s ability to reproduce, via changes in motivational circuits for song production,” Lipshutz said. “If they can’t sing, or sing well, they aren’t going to breed.”

Bird populations have been dramatically declining over the past few decades, and male songbirds need to sing to attract a mate. Coupled with previous studies showing that birds sing less during heat, this project reveals potential underlying mechanisms by which heat may contribute to avian population declines.

“It’s really a triple-whammy,” said Derryberry, corresponding author on the publication. “Heat’s not only affecting their brains, but it also appears to affect testicular gene networks related to self-maintenance and sperm production. So, there’s potentially less motivation to sing, reduced gonadal function, and greater investment in self-maintenance, all of which can detract from successful reproduction.”

The study also provided some hopeful insights for birds and their ability to handle the threat of climate change. Males that panted more often during the heat challenge exhibited more limited effects on gene activity in the brain and testis. 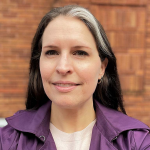 “For a long time, researchers have reasoned that behavioral flexibility might be key for animals’ ability to handle novel environmental challenges,” said Kimberly Rosvall, associate professor of biology at IU Bloomington, whose lab oversaw that genomic side of this project. “We saw that some individuals better used behavioral thermoregulation to dissipate the physiological effects of heat. If animals are able to adjust their behavior. or if behavior can evolve to keep pace with climate change, birds may be able to adapt.”

According to Lipshutz, the results have important implications for sexual selection in a warming world as well.

“Some individuals, or even some species, may perform well under extreme temperatures,” she said. “That could influence both how thermal tolerance evolves and how behavior evolves too.”

The researchers’ work was funded by U.S. National Science Foundation fellowship and published online May 14, 2022, in Molecular Ecology.