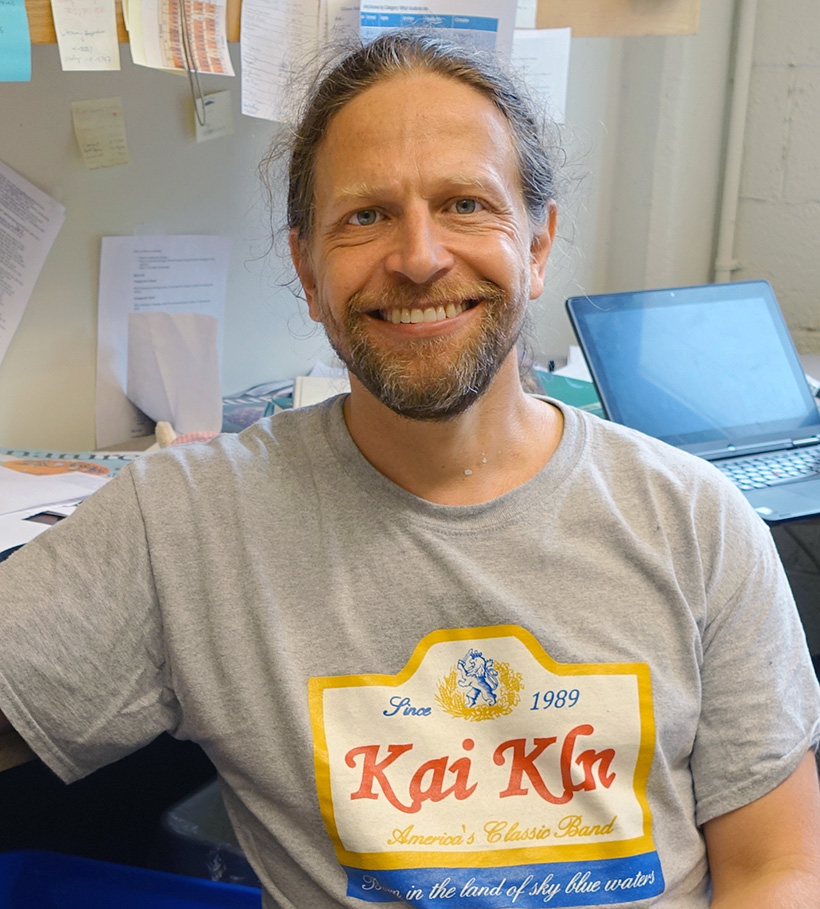 As an evolutionary biologist my research covers a wide array of topics, from intra-cellular processes to development to life-history evolution. All of this work is motivated by an interest in understanding the origin, implication, and resolution of the trade-offs organisms face in various aspects of their lifecycle.  In order to understand these trade offs, I generally employ a modeling approach that involves the nesting of mathematical models at different biological scales.

The current focus of my lab is on the evolution of codon usage bias (CUB) which is the biased usage of particular synonymous codons with a gene. Simply put, genes that are highly expressed tend to use certain codons preferentially over others. Various hypotheses have been proposed to explain such preferences, but in order to understand such preferences better I have nested an intra-cellular model of ribosome movement (Gilchrist and Wagner 2006) within a population genetics model of gene fixation that includes the effects of genetic drift and mutation. This work indicates that, contrary to popular belief, CUB is unlikely to be caused by selection against missense errors (Shah and Gilchrist 2010) but, instead, can largely be explained by selection against nonsense errors (Gilchrist 2007, Gilchrist et al. 2009). Besides providing insight into the importance of different types of errors that occur during protein translation, our work can als be used to accurately predict protein production rates from codon usage bias patterns (Gilchrist 2007).

Another example of the use of nested models within my lab is in the realm of pathogen evolution. For example, since the 1980’s evolutionary biologists have generally understood that the evolution of a pathogen’s virulence is dependent on the functional relationship between virulence and transmission rates.  In various studies (e.g. Gilchrist and Sasaki, 2002, Gilchrist and Coombs 2006, Coombs et al. 2007) I have nested a within host models of viral dynamics inside of a between host model of disease dynamics to understand what the relationship between virulence and transmission might look like under certain assumptions.

In addition to my work in evolutionary biology, I am also interested in the developing new methods for improving our ability to interpret data.  As with my other work, these methods have a nested quality to them.  For example, in order to better interpret protein complex composition using high-throughput immunocoprecipitation datasets , I developed a model of the purification step of the experimental processes (Gilchrist, Salter, and Wagner 2004).  More recently, I have worked with my colleague here at UTK, Dr. Russell Zaretzki, showing that SAGE datasets are inherently biased in their composition and how such bias can be adjusted for (Gilchrist et al. 2007, Zaretzki et al. 2010).  This work has convinced me of the fact that we are in a very exciting time in which we can begin to bridge the gap between models and data in molecular and evolutionary biology.