Tomato Production At Risk Due to Decrease in Buzz Pollinators 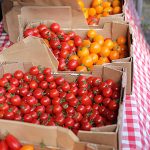 Tomatoes are the heart of many backyard gardens. Tomato crops are also an important economic revenue in North America. The vegetable we all know as the “T” of a great summer BLT, however, may be in jeopardy due to a decline in its pollinator species because of climate change.

According to a study published in Ecological Applications, tomato production is at risk in the Eastern United States due to climate-induced decrease in the richness of buzz pollinators. Approximately 70 percent of the world’s crops depend on insect pollination for production. Climate change is already affecting the abundance of pollinators, but researchers with the National Institute for Mathematical and Biological Synthesis (NIMBioS) wanted to know how climate change impacts the pollination of specific crops. Read More 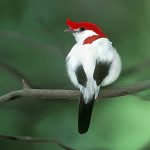 While scientists agree that most biological diversity originated in the tropics, the jury is still out on how tropical species diversity formed and how it is maintained. A new study published in Science addresses these long-standing questions. Read More

Protected areas are critical to mitigating extinction of species; however, they may also be in conflict with efforts to feed the growing human population.

Paul Armsworth, professor of ecology and researcher with the National Institute for Mathematical and Biological Synthesis (NIMBioS) is the co-author of a new study showing croplands are prevalent in protected areas, which challenges their efficacy meeting conversation goals. Varsha Vijay, a researcher at the University of Maryland’s National Socio-Environmental Synthesis Center (SESYNC) is the lead author. Read More